Let’s do a complete Middle Eastern meal for the fasting month or even for the first day of Raya.

This is a fully hands on class.

Let’s have fun in the kitchen making pizza these holidays.

This is a hands on class.

This is a fully hands on class. 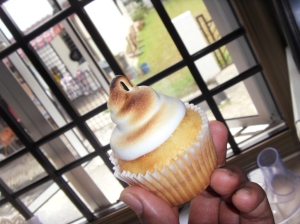 Three of my favorite teatime favorites, tested and tried too many times 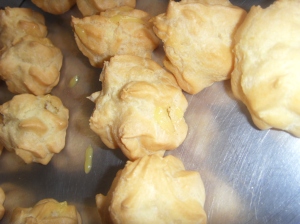 Please call me on 016 6827465  or Emilia Salim on 012 5926 079 or email me at nicholas_pillai@yahoo.com to confirm your places.  Alternatively you may check out my blog, www.nicholaspillai.wordpress.com for further details or changes.

Byron Bay – The Market, The Food, The People

I had just landed and my dear friend Mary Fitzgibbons picked me up, and the rather long 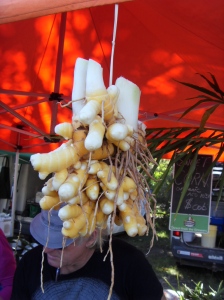 Turmeric as never seen before

drive from Coolangatta Airport made my Aussie Trip that much longer, but still the scene and sights from the side of the car was anytime more welcoming then from the sky.  It was a nice quaint trip I have to say. 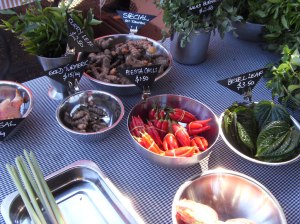 My first stop was the Byron Bay Organic Market.  I had never been to an organic market and as far as I’m concerned Byron Bay has always been known for it pot heads so I really had no idea what I was going to see or get or even expect. 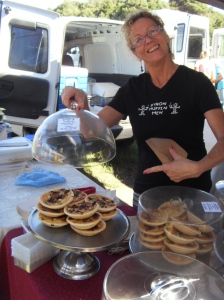 The lovely Quiche Lady or Byron Bay Markets - Good Quiche! You should try it.

was to me like entering a mini carnival or sorts.  The happy characters selling their food stuff and fresh produce, the kids happily running around with food or drink in hand, grown ups walking around with their coffee, lattes and cappuccinos, a sight you never see in our local markets.  They even had a group of Japanese youth making sushi.  The sweet lady selling Quiche obliged for a photo too.  Wonderful quiche too. 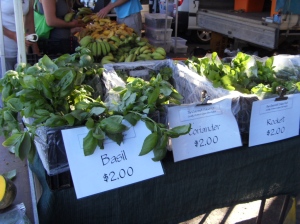 My Favorite Leaves all in a row... check out the bananas in the back.

I also saw some Asian ingredients that were so pretty, I was not even sure it was what I had used before. 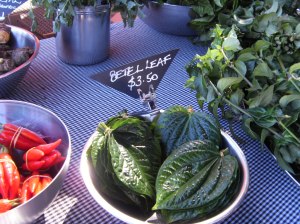 and they could tell you a lot about it right from the way it was prepared or grown or how you could cook up yourself a healthy simple meal using their products.

They had everything you’d need for a nice meal whether prepared or ingredients to buy to prepare yourself.

Here are some of the photos.  I could have taken more but I cleverly decided to have a hot tea and since there was no place to sit down I had to carry the tea, try to by stuff, eat and try to take photos at the same time. Not so easy after an eight hour flight I might add.

And Mary bought a dozen eggs and when she fried them, I never in my life saw such fresh eggs, they were picture perfect and in a whole piece unlike the slightly to overly runny eggs we get here in Malaysia, I did not take a photo unfortunately. 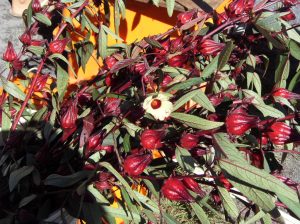 Rozelles - Pretty Flowers and damn nice tasting as well. Even the leaves are nice.

The sourdough bread with macadamia butter was simply utterly delicious that I think I put on a  kilo just that day.  I taught Mary about Rozelle, and so she bought two stalks, I boiled the flowers, and we even had seeds so Mary too some which she grew on that Thursday afternoon, and low and behold by Saturday morning, there were roots. Now I must grow mine. 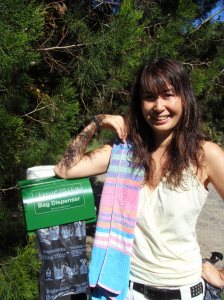 Thank you Mary and thank you Elise for a wonderful visit to Byron Bay… I’ll be back!

I had such a good time at Byron Bay, not to mention the meat pies, the Lamingtons – best I’ve had in this trip.  But most importantly catching up with someone I’ve not seen in 15 years.